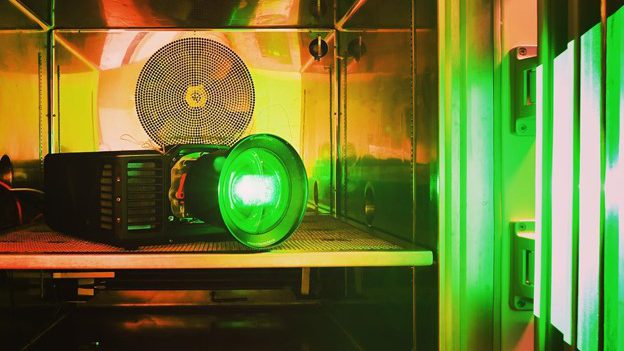 Towards the end of this year, Norxe AS of Norway, a leading projector manufacturer, will be demonstrating one of the first 4K RGB pure laser projectors in the world. This will take place at White Light Pictures’ reference cinema.

Projectors and light have shared histories. Each projector needs a light source. This article is about the various stages which light systems have gone through during past years leading to laser technology in today's projectors.

Carbon-arc lamps were first demonstrated in the early 19th century. Arc lamp technology was one of the first commercial uses for electricity. An arc lamp produces light by an electric arc which is the discharge that occurs when a gas is ionized. Carbon-arc systems were used extensively in cinema projectors. All cinemas in Malta used carbon rods from their very beginning to the period when video wiped out almost all cinemas in Malta by the early 1980s, even though by the early 1960s projectors worldwide started using the new xenon lamps. 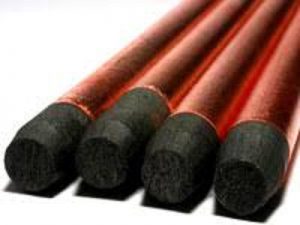 Carbon arcs had a limitation, in that the rods could only last for short periods.   In order to circumvent this problem, cinemas used a two-projector system which required that each projector showed  a shorter reel of the film  by changing over from one projector to the other.  This was known in the industry as a change-over.  The audience  never realized that this was happening, but  to trained personnel, the two sets of dots appearing on the screen on the top right corner every 15 minutes indicated  that a change-over was about to take place.

Carbon arc technology produces considerable heat and ash in the atmosphere.  They were responsible for many of the tragic fires in the early days of cinema when nitrate film was used exclusively.

The xenon arc lamp, which is a gas discharge lamp, produces light by passing electricity through ionized xenon gas at high pressure. It was the light source that replaced the carbon-arc when cinemas started returning to Malta in 1993 and remains in use to this day in almost all digital cinema projectors. Therefore the xenon lamp was used in projectors which ran 35mm film but also later when digital projection was introduced. While currently being replaced by laser projectors, xenon is still by far the dominant illumination technology in cinema projectors today although some also use Mercury High Pressure Lamps. 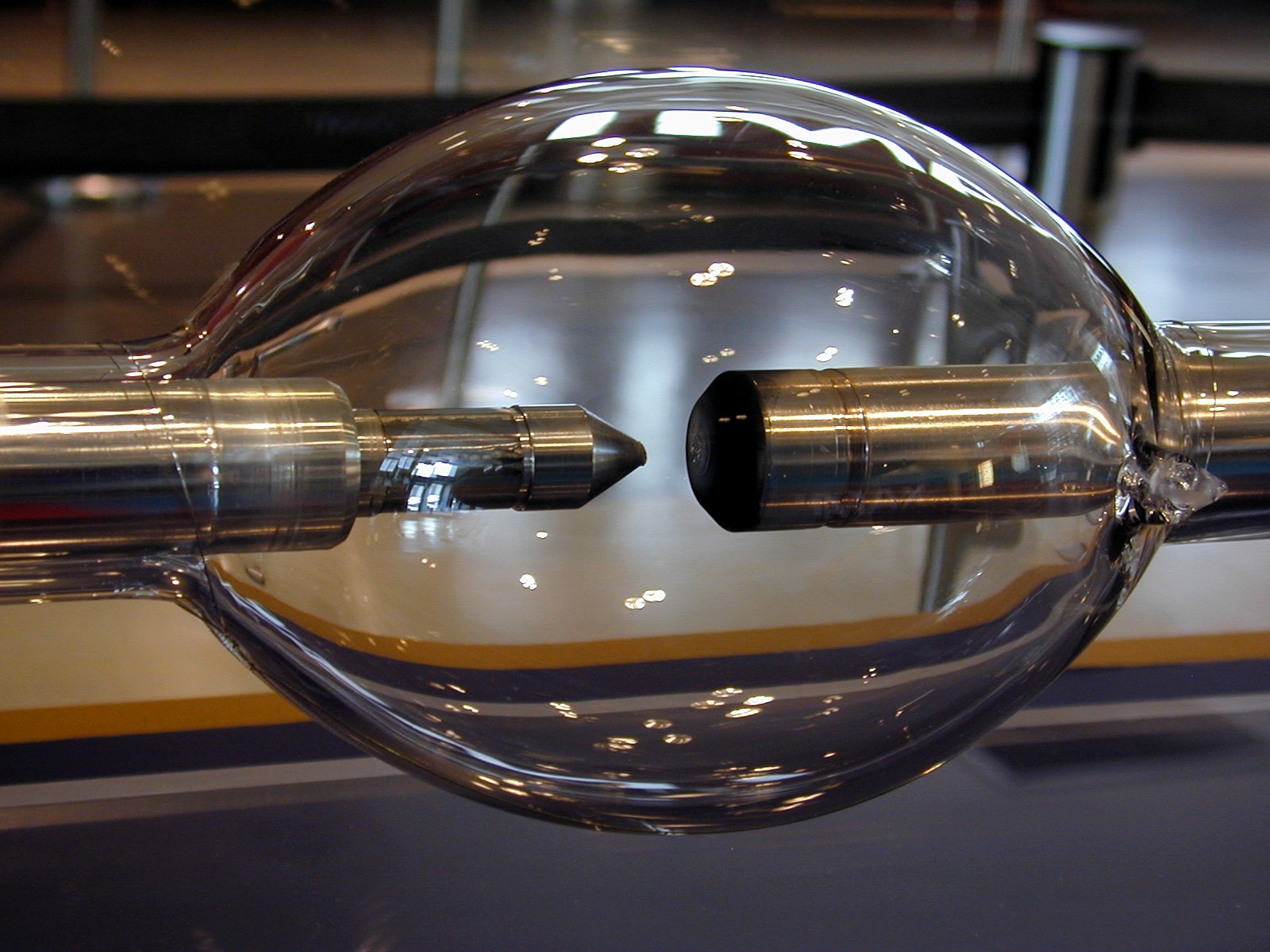 Xenon lamps need special safety equipment to be used when handling them. They have a tendency to explode if handled incorrectly or by leaving fingerprints or dirt on the glass. They also have a short life span and are not cheap. The benefits of xenon lamps are a short start-up time, a wide and evenly distributed color spectrum which resembles natural sunlight and being the brightest lamp technology available.

The metal halide lamp is a technology developed in the 1960s and was widely used in amateur projectors. It is an electrical lamp that produces light by an electric arc through a gaseous mixture of vaporized mercury and metal halides. Often referred to as mercury vapor lamps, they were widely used in projection systems before being replaced by Ultra High Pressure lamps (UHP).

The ultra-high-pressure lamp is a high-pressure mercury lamp known as UHP which is a trademark by Philips lamp manufacturers. The UHP lamp replaced, mostly, the metal halide lamps used in projection systems. Since it uses only mercury, it is classified as a hazardous item and precautions have to be taken if the lamp explodes, spreading mercury vapor which is hazardous. It should also be disposed correctly as a hazardous item to meet local health laws and regulations.

These lamps give a predictable performance and can also be used in arrays with up to six lamp configurations for a brigher output. The lamps have a lifetime of between 1,500 and 5,000 hours but the most commonly used lamps have a 2000-hour life span. The lamp requires a warm-up time before reaching its full performance. They have an uneven distribution of their color spectrum. Some cinemas use UHP lamps, mostly in array forms, but they are mostly used in home cinema, conference and office projectors. 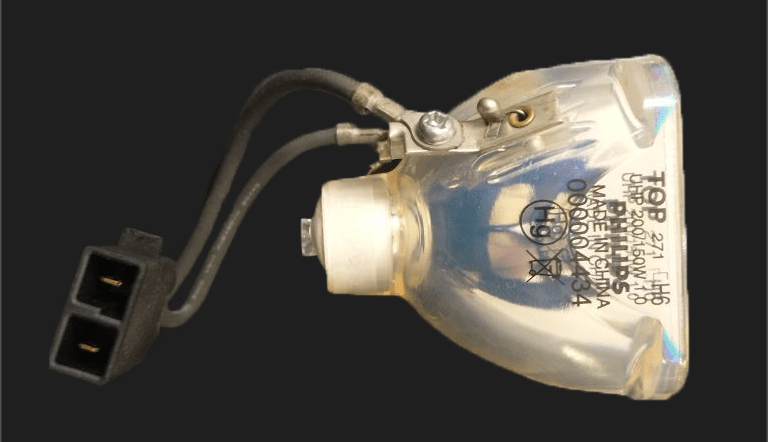 Light Emitting Diodes, LEDs for short, are very well known today for their use in households. This is a semiconductor light source. When voltage is applied, energy is released in the form of photons. Compared to other light sources, LED has a number of advantages, including long lifetime, small size, fast switching and low energy consumption and therefore generating less heat. A drive was made to replace UHP lamps with LED in projectors, however, the most important drawback which kept this technology from really taking off in projectors was that they produced less brightness. LED therefore was confined for use on lower brightness projectors.

The first LED projector in the market was the FL32 from ProjectionDesign, which produced about 600 lumens. These LED projectors were typically used in niche markets such as simulation, where the low cost of ownership was more important than the limited brightness output. The FL32 could run up to 32,000 hours before maintenance, with a light source capable of running 100,000 hours, almost 12 years in 24/7 operation.

Since ProjectionDesign used DLP (a Texas Instrument trademark) in the projection system, the use of LEDs enabled the projector manufacturers to stop using color wheels thus doing away with one of the drawbacks of DLP one chip projectors.

LEDs had other limitations, mostly having to do with their narrow bandwidth and optical design which produced problems of light refraction resulting in unwanted color artifacts. These problems were solved by changes in the design.

Like the hybrid car, using traditional fuel in combination with an electric battery, LED later made its way into projectors as one of two light sources in a hybrid illumination system. The first projector to market with a combined illumination source using LED and laser phosphor was Casio's XJ-A130 in 2010. The new benefits of this projector was the combination of technologies to create the colors: red was made from a native LED, blue by a native blue laser and green was created by converting the blue laser through a phosphor wheel. It produced 2,500 lumens and capable of 20,000 hours lifetime.

One of the common and affordable illumination technologies today is laser phosphor and most projector manufacturers have released laser phosphor projectors. Designed with a mixture of blue lasers, where red and green is created from yellow phosphor or with red and blue lasers and yellow or green phosphor depending on the manufacturers' preferences.

Pure laser has a number of benefits mainly made up of all the benefits of previous lighting systems mentioned above. For starters, you do not need to change the light source often, thus making the system more efficient with less costly light source renewals and with less maintenance. The projectors can be installed at any angle or configuration with no damage to the light source as in the use of lamps. Pure laser can produce the best color spectrum of all the systems, reaching and sometimes exceeding the requirements for REC2020 color space. It is also perfect for 3D projection because the left/right can be separated with higher precision to produce bright 3D instead of the dull system we have been accustomed to. Finally, pure laser is an environmentally friendly system because it uses over 50% less power with the added benefit of lower heat and consequently less requirements for ventilation and cooling.

Norxe AS will be demonstrating their pure laser projectors in Malta later this year at the reference cinema at White Light Pictures Ltd - details here. If you are interested in attending, let us know through the form below, mentioning why you would want to attend for this presentation.